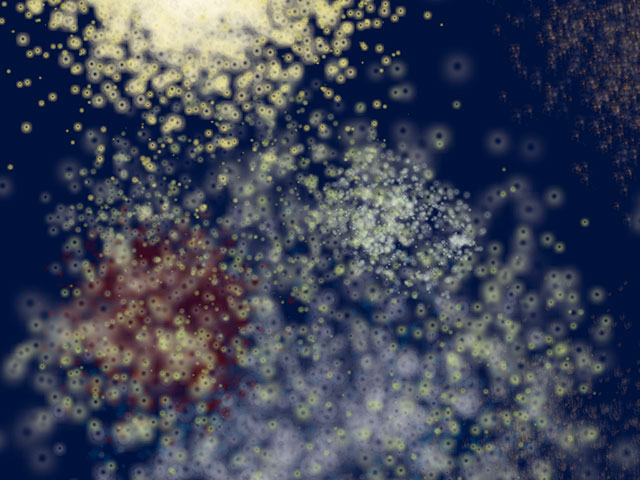 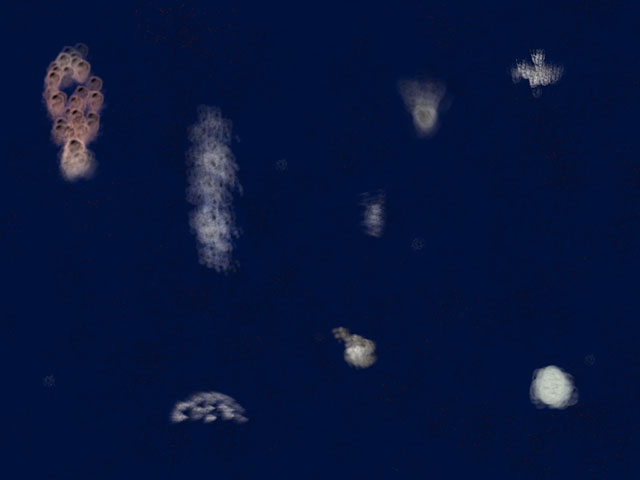 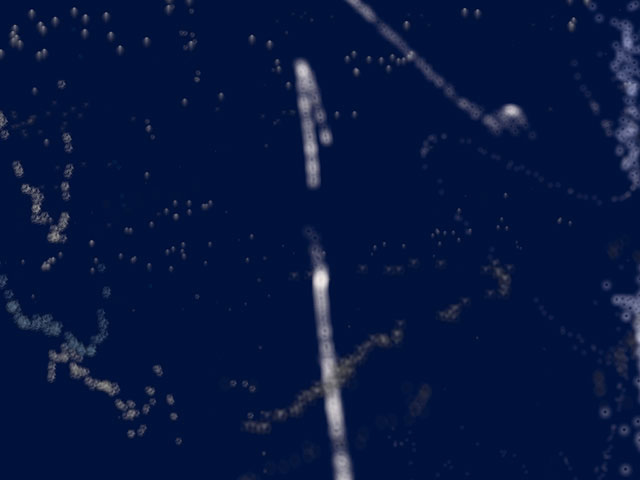 The interactive installation X has been commissioned by AGON for the “Festival Iannis Xenakis”, held by Milano Musica at the Milan Triennale, October 27th - 30th, 2005.

X is inspired by the work and thought of the Greek composer Iannis Xenakis. Among all the concepts and ideas brought by Xenakis, we have chosen one that seemed absolutely contemporary, especially in the digital domain, that is the idea of a game/composition.

Videogames are used at all latitudes, as everybody knows. Often times, though, they don’t offer any cultural value. We like to think instead that it is possible to create interesting visual and musical architectures, starting from videogame technology.

Among all the possible games, we have chosen “memory”, because it is easy to use and well known.

In this game the user has to find eight couples of images distributed randomly on a grid. Every couple found generates an audiovisual event that is shown on a big screen and heard through quadraphonic speakers. When all couples are found, the composition is complete, but it is created each time in a different order, according to which couples are found first. Once done, it is possible to continue to the next level. There are three levels, each one with a different work.

Another side of Xenakis’ work that has greatly influenced X is the creation of granular events, that is events that are extremely short, but are produced in huge quantities in order to get clouds of singularities, managed with statistical methods.

The idea derives from the physicist Dennis Gabor, Nobel Prize for the invention of holography, who in the late ’40s demonstrated experimentally that it is possible to generate a continuous sound by starting from many discrete micro sounds, i.e. micro aural “frames”. The idea was then brought to music by Xenakis, and transposed into the digital music domain by Curtis Roads and into computer graphics by Bill Reeves.

The images of X are entirely made with visual granular synthesis: that is by putting together many particles in order to create irregular and changing shapes. The particles are generated in real-time.

This composition technique, as well as others introduced by Xenakis, such as glissandi for instance, are also used in the musical part. 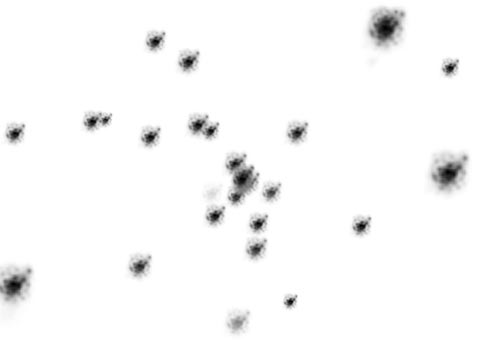 n-grains is a follow up of the previous work flussi. The goal is similar: to create an audiovisual interactive work where the user controls the amount of audio and video information received, in order to create a balanced audiovisual experience.

The user manages the flow of information by hands’ movement. The movement is detected by two infrared sensors, and transmitted to the software, which in turn produces the appropriate images and sounds.

There are two major differences, if compared to the previous work: in flussi, predefined QuickTime video and audio movies were used, whereas in n-grains images and sounds are generated in real time, even though certain parameters are predefined. The visual part is created with a particles system and the music is produced with granular synthesis.

Secondly, in flussi the hands’ movement was triggering the sequences in a discrete manner, whereas in n-grains there is a continuous flow of events.

Clearly, the solution offered by n-grains is more flexible and more appealing. It’s a different solution to the same problem.

The first step into this new direction was to understand how it’s possible to generate a flow of visual particles and audio grains in real time. Not only, it was also necessary to control the flow by means of sensors.

After an extensive research, it turned out that the best solution is to create a particles system within Max/MSP/Jitter, coupling the patch with one of the available granular synthesis patches. The sensors used are the same ones of flussi.

The patch is a modified version of the particle_primitives example found in the Max/MSP package, so that it can deal with a pict file, which includes an alpha channel. A QuickTime movie file, always with an alpha channel, can also be used. These files are the single particle used. They have to be crafted properly in order to produce a reasonable result. This way the particle generator can create more appealing visuals than just pure dots.

A grain object, made by Nathan Wolek, was also added, providing the capability of generating audio grains. Similarly to what happens with the particle system, also in this case a sample file is used to generate the stream of grains.

In dealing with particles systems and granular synthesis, there are a number of parameters that have to be controlled. n-grains controls only the number of particles/grains with sensors, since that is its goal. All other parameters are changed by using traditional devices. 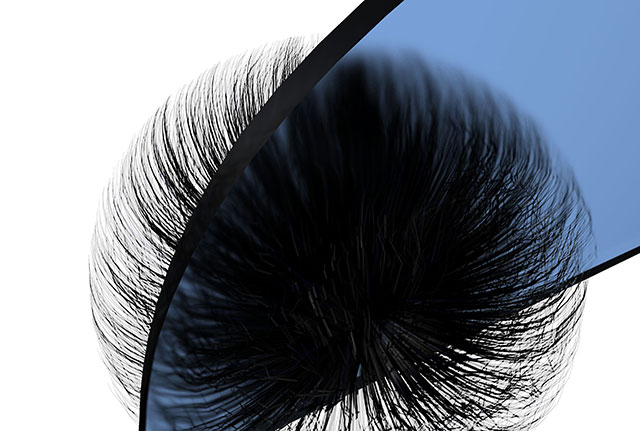