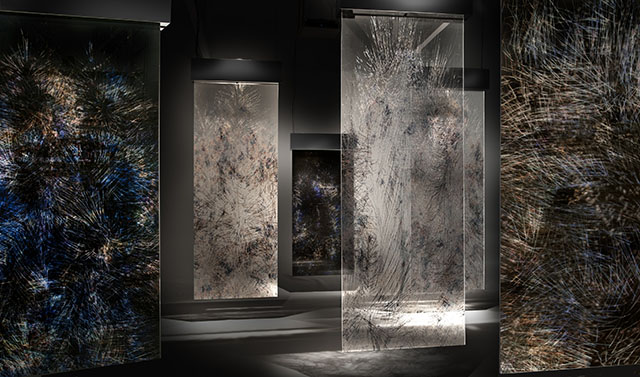 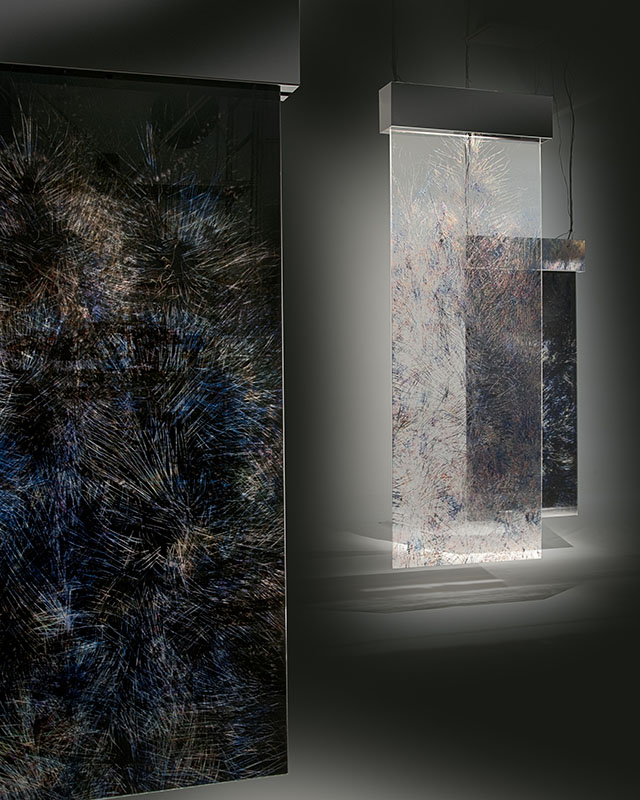 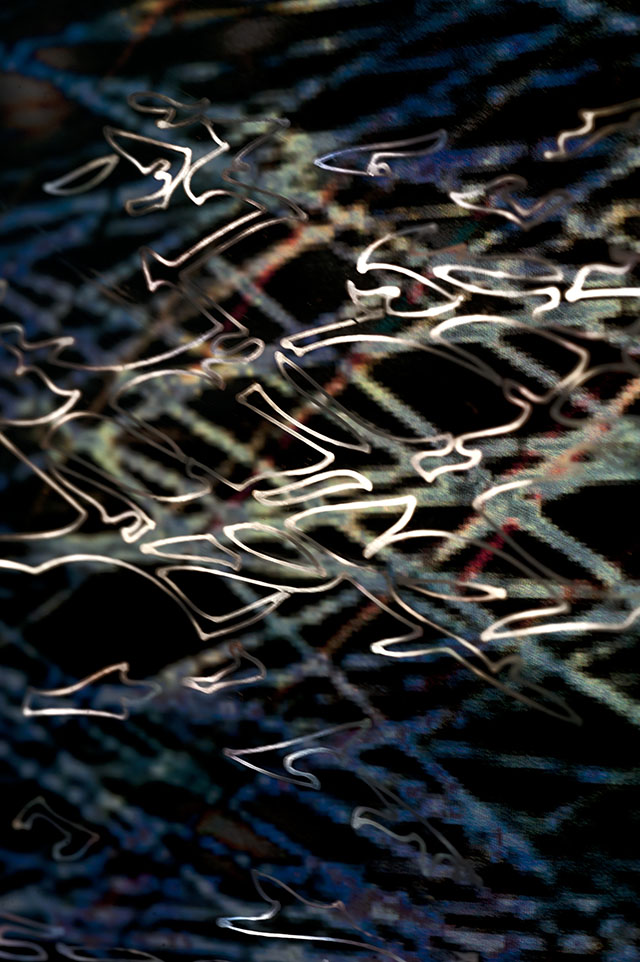 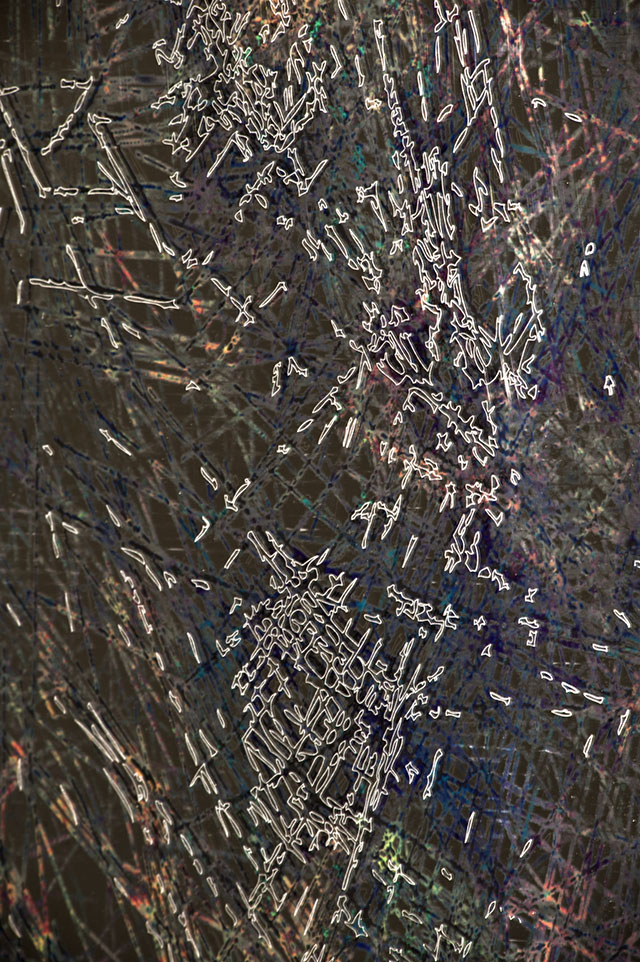 Realized with the co-operation of Enrico Pellegrini

This audiovisual installation is composed by six vibrating plexiglas slabs with which the audience can interact. The slabs, suspended by steel cables, are printed on one side and laser-engraved on the other. In addition, they are lit by both spot lights as well as LED light strips placed on top of each slab and hidden by a polished steel box.

Inside this box two devices transform an audio signal into vibrations by means of a principle known as magnetostriction. The whole plexiglas surface then becomes a musical instrument and contributes to the aural environment, making this installation a space defined by real audiovisual objects. The sound emitted gets louder as the viewer approaches each slab: this way people can control its volume, thus modifying the global musical balance.

Slabs is loosely based on the Hindu figure known as Sri Yantra. The slabs are placed on the vertices of two of the nine triangles that compose the Sri Yantra, and specifically on the vertices of an equilateral triangle and of a triangle formed by two Kepler triangles. The slabs are divided into two families of three slabs in order to reflect the dual nature of a Sri Yantra. The dimensions of the sheets are instead related to a Fibonacci sequence based on the number 18, which approximates the original sequence.

Read about it on Ba3ylon.