variazioni features three-dimensional objects and stereo sounds set in relation to each other.

The sounds were conceived first, digitizing several already existing sounds and subsequently manipulating them. Hundreds of sounds resulted from this process. I imagined what their visualization could be and then selected them and finally mixed them.

Once the soundtrack was completed, the 3D objects representing the sounds were created, often but not always following the correspondences established in the thesis Perceptual correspondences of abstract animation and synthetic sound: time, space, intensity and timbre/visual appearance. In order to achieve a better attention balance for the audience, not all musical events were translated into visual events, as this would have resulted in the predominance of visual elements over musical ones.

Moreover, the temporal coincidence was not always necessarily respected: sometimes audiovisual events, even if otherwise correspondent, happen at different moments. In other instances, a higher level of cognitive mapping was used. For example, in the central part of variazioni sounds are more repetitive, and the visualization of this section was conceived in such a way to better render that hypnotic quality, overcoming other rules.

Finally, in some cases the same sound was visualized in different ways. Therefore, even though some general rules were applied, exceptions were allowed whenever it was deemed appropriate. 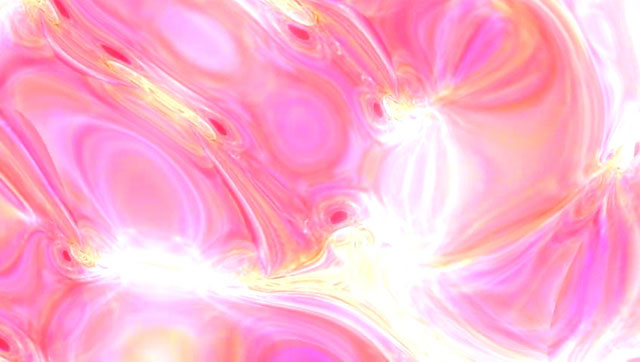 This animation is a sort of painting in motion. The goal was in fact to create a dynamic painting in constant change, an idea which can now be rendered by using flat screens. In particular, motion picture was conceived to be viewed on a 16:9 plasma display.

This is a VR version of a + d2, which in turn is an internal view of oggetto. 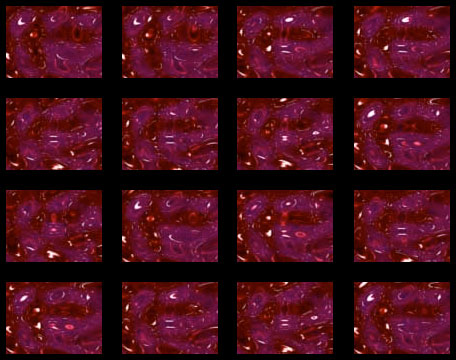